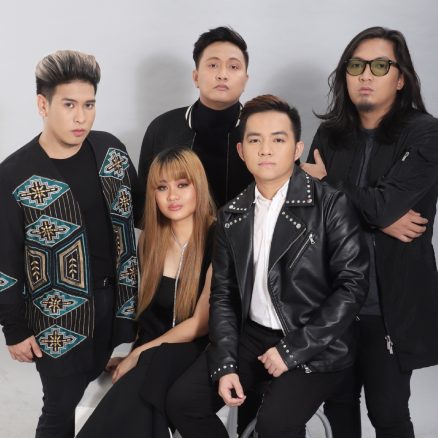 Acapellago is a 5-member Filipino a capella group who originated from Bulacan. They came together in November 2012 with the advocacy to spread contemporary a capella music to the Philippine archipelago and the whole world. From this advocacy, they termed “Acapellago”.

Their journey towards their advocacy in the past years has flourished, proven by several awards and recognition they received within and outside the Philippines.

In 2012, they won their first ever competition, acquiring the title of grand champion in “Talentadong Maloleño”. After the win, they joined a prestigious contemporary a cappella competition in the country, “Akapela Open”. The group emerged as the first ever grand champion of the Ryan Cayabyab, One Meralco Foundation and PLDT-Smart Foundation event. They were recognized as a pride of their hometown, Bulacan, and was awarded the “Gintong Kabataan 2014 Special Citation for Music”.

After besting other Filipino a capella groups and making their name known in the country, they began to venture out and join international competitions. They entered “A Cappella Championships 2015” held in Singapore, and brought the gold award home, being named Grand Champion. Their accomplishment in the global stage did not go unnoticed, being awarded in the Philippines’ 8th Ani Ng Dangal Awards.

In August of 2015, the group agreed to be represented by a recording label, signing a contract with Viva Records. October that same year, they decided to enter “Akapela Open” for the second time, their first being 3 years prior. Once again, they emerged as Grand Champion and won the ‘Best in Arrangement’ award for their a capella version of ‘Triangulo’ by fellow Viva Recording Artists Thyro, Yumi, and Jeric Medina.

Their latest feat was this 2017 at the ‘Vokal Total 2017 International A Capella Competition’ in Graz, Australia, where they won 3 major prizes, namely, the Ward Swingle as Overall Champion, the Gold Award in the Pop Category, and the Audience Award.