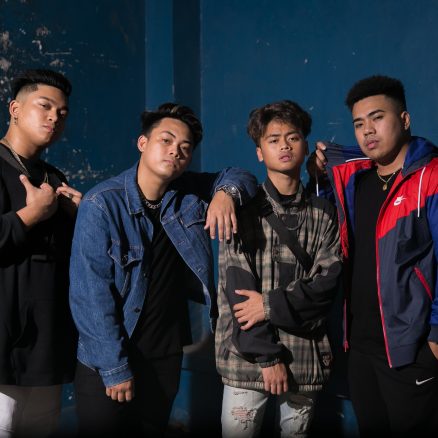 Allmo$t is a rising four-piece Rap-Hiphop-R&B crew behind the hit “Dalaga.” The quartet includes rappers Crakky and Russell and singers Clien and Jom.

Originally an indie rap group whose origins can be traced from longtime college buddies Crakky and Russell hooking up with Clien and Jom on the social media group for underground artists called LOCAL.

Allmo$t went straight into the mainstream when their song became part of the viral video challenge “Dalagang Pilipina.” To date, the streaming numbers for “Dalaga” are at 28.5 million and still growing and has since become a staple at popular charts and local FM station playlists.

Their latest single is another infectious track “Miracle Nights” in collaboration with the rookie hip-hop duo L.A. GOON$ together with rapper Peso Mercado.