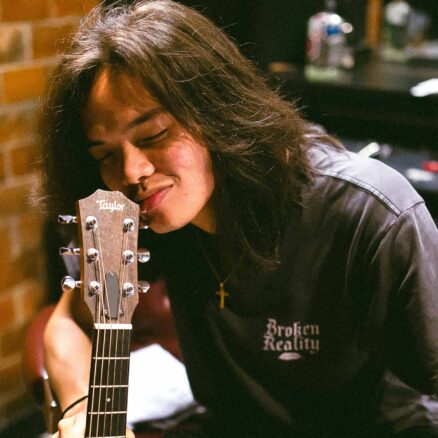 Arthur Nery is doing something right.

A year after his breakout single “Higa” became his first ever legitimate hit, Nery continues to turn heads and tweak ears with his brand of neo-soul R&B.

To this day “Higa” continues to top playlists. In fact, the song has been in and out of the top spots of the more popular Spotify listings.  In particular, “Higa” has been in the number one spot of ‘OPM Favourites’ playlist for seven straight weeks now.

And his new song “Take All The Love” seems to follow suit. “Mood, melody and head-bobbing rhythms meet and Nery delivers it with a modern soul singer’s approach” went one music reviewer about Nery’s new song. Also, with the release of “Take All The Love” Nery proves that he’s an ace when it comes to this genre.

Most of his songs leans toward slow-to-mid tempo R&B numbers, and while we still have to hear something upbeat or fast from Arthur Nery, it is this same relaxed approach that made a full-fledged star of Nery.  And currently, Arthur Nery is at the head of a growing number of cool-vibed singer-songwriters preaching the gospel of ‘chill.’

Arthur Nery put out a whole album’s worth of vibe-y neo-soul songs on 2019’s “Letters Never Sent.” Said album contained the much adored “Higa” and the equally compelling “Binhi.”

And even before that, he released “Life Puzzle” in 2018. Arthur has since steadily established himself as a leading proponent of Pinoy neo-soul, modern-R&B and alt-tinged pop.

“Take All The Love” went number one at the OPM Rising playlists a week after it was released. The song is currently bubbling at all the major playlists on the popular streaming platform.

Arthur’s most recent hit is his duet with Janine Teñoso titled “Pelikula.” Since its release, the song has become an instant fan favorite and has easily crossed its first million listens just days after its release.