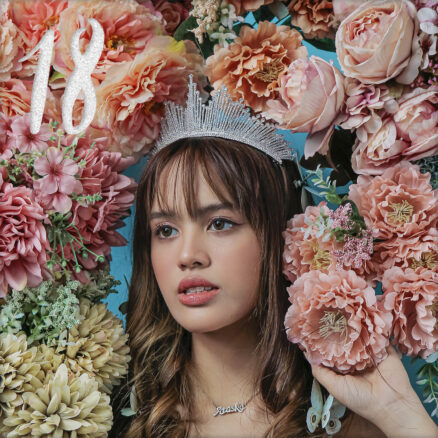 Ataska is making a huge mark in the music industry, rapidly climbing to success despite her young age.

We first started seeing and hearing of Ataska when she joined the blind auditions of The Voice Kids, Philippines back in 2015. She stood out among other contestants, being one of the few who was able to get 3 out of 3 chair turns! Her strong and amazing voice was able to impress all three judges after singing only 16 seconds of her audition piece “Rather Be”. Sarah Geronimo, Lea Salonga, and Bamboo were the coaches during this season. Although Ataska said she considered Lea Salonga to be her role model when it comes to acting, the child singer chose to be part of Camp Kawayan (Team Bamboo).

Before her big break with Viva Records, Ataska could be seen starring in theater plays such as Wizard of Oz, Hansel and Gretel, Peter Pan, and Annie — her biggest role. She played the bully, Pepper, in the Philippine leg of the musical.

After her successes in The Voice and big roles in theater plays, Ataka sign a contract with Viva Records. The recording label helped her release her first single “Atras-Abante Ka”.

“Atras-Abante Ka” has a sweet and melodious ring, which perfectly showcases the variety in Ataska’s amazing vocals.

Following her debut single is the soft and emotional “If I Fall In Love”. Both first and second single were written and produced by Vehnee Saturno.

She also appeared in the 2018 movie “Miss Granny” while also appearing on its soundtrack with her rendition of “Pangarap Na Bituin.”

Since her time as a contestant on The Voice Kids and her previous singles with Viva Records, Ataska is now a full-grown woman and artist. She finds her own style and music in her latest track, “18,” a coming-of-age song made for every girl who needs a little encouragement with the choices she will be making in a world that has so much to say.

Ataska’s songs can be streamed on streaming platforms and downloaded on digital music stores. You can find the official music video in the Viva Records YouTube Channel.