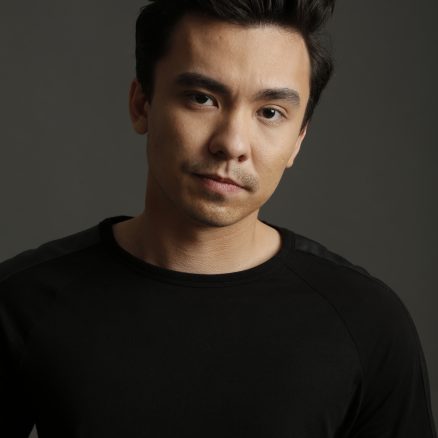 Caleb is Is no stranger to pop. As a former member of the high octane sing and dance group XLR8 (read as Accelerate), Caleb has proven his worth as a performer in this Asian-styled boyband considered as the precursor to the burgeoning P-Pop music scene happening today.

But it’s Caleb Santos solo artist and working singer-songwriter whom we’re seeing these days. After XLR8 disbanded, Caleb went back to school and enrolled at Silliman University and took up a music production course to keep his interests focused on music. After a few semesters, Caleb went back to music, and now armed with a deeper understanding of how to create music, proceeded to write one of his first songs in the electro-tinged song “You Are Mine.”

Caleb kept music and working in front of the camera alternately, working as an actor on music videos, TV and acting on movies too. But the pull of pop music is strong on Caleb and he eventually released a second solo single. Now writing as well as helping in the production of his songs, Caleb came up with his second solo single in the acoustic guitar-driven power ballad entitled “I Need You More Today.”

On this particular tune, Caleb said, “for song inspiration, I look around me and write what other people are going thru and that’s what gets me started.” “I Need You More Today” is a classic heartbreak song and improves on the songwriting style of his solo debut. A continuing trend that spills over to his third and latest single entitled “Nakaraan.”

In his latest single, Caleb Santos sounds renewed and refreshed. Perhaps putting all that he’s learned from his previous forays. A mid-tempo, R&B tinged dance-pop track, Caleb sounds more confident and relaxed. At its core, the new single’s lyrics read like a ballad, with its yearning look back to a love gone and past. But this is the grooviest song yet from Caleb — who is no stranger to dance-driven material that dates back to his days with XLR8. Steadily growing as a solo artist, Caleb Santos likewise has a growing fanbase that supports him and listens to his songs incessantly at the popular streaming platforms, and judging by the sound of his latest, “Nakaraan” seems destined to be another fan-favorite.

Currently, Caleb is one of the key solo artists of the P-Pop Generation. A young man who is still discovering what he can do as an artist, Caleb is slowly but surely proving that he is comfortable on his own.