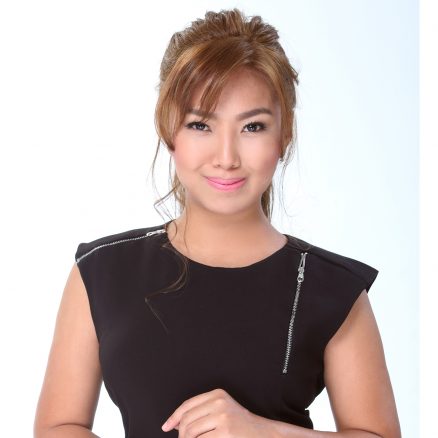 Yumi Lacsama has been a recognized name of the late OPM industry.

As a solo singer, she has to her credit a couple of fetching singles to her name. She is the voice behind “Dyosa”, one of the better tracks to have come from the “Diary Ng Panget” OST.

She is also one-half of the Thyro & Yumi musical duo who together, have released several memorable songs such as  the Phil Pop-winning song  “Triangulo”, “Tama O Mali”, “Kiss (Never Let Me Go)”, “Tandang-Tanda”, and their take on “Tag-ulan”, a soundtrack of the movie “Luck At First Sight.”