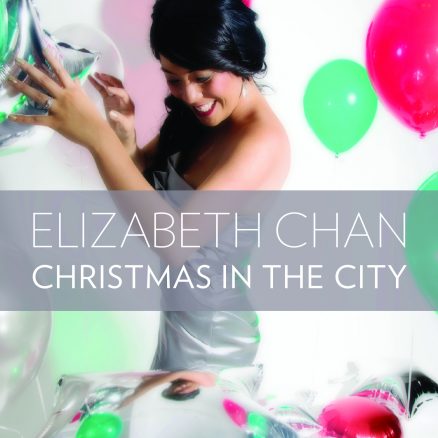 Christmas In The City – Elizabeth Chan

Musician and singer-songwriter Elizabeth Chan is one of a kind.

This New York executive-turned-music-artist gave up her corporate 9 to 5 in order to follow her dreams of writing music. Now, not many would give up a succesful business career, in ‘The Big Apple’ at that, in exchange for music, but gave it up she did. Another big fact is that Elizabeth only writes and composes Holiday-themed music. Christmas songs to be exact.

And that’s what differentiates NY-based, Filipino-Chinese artist Elizabeth Chan from all the rest. She’s a true blue Christmas Girl and she lives for the Yule season and works all year round in preparation for this most special occasion of all.

So how is that like? Is she always filled to bursting with cheer? Does she laugh easy and hearty like jolly St. Nick? She would probably be the most upbeat person you’ll meet we would guess. But we don’t have to wonder anymore seeeing as we can actually hear how she feels about the Yule season in her Philippine debut release “Christmas In The City.”

In here, E.C. sings about that most wondrous time of the year and its just plain infectious.

You get a sense of the excitement of it all right off the bat with the opening song “A Christmas Song” wherein she name checks all her favorite carols in this modern day Christmas song. Ask her what makes this season special and she’ll answer that there’s just “Something About The Holidays.” In this cheer-sprinkled pop song, EC tells you exactly what she loves about Christmas. The catchy pop nature of the song also helps by the way and believe us that you won’t mind hearing this song come Xmas morning.

There’s some country music tinged goodness with a touch of melancholy as well in “Wouldn’t Be A Merry Christmas.” Now a lot of people could relate to this as we’ve been away from a loved one during christmas at one point in our lives and this song pretty much sums up the longing that we feel during those times. Elsewhere, the piano-decked ballad “Christmas In The City,” sets the listener up for a nice mellow Yule mood. The strings and the bells completes it all. That and EC’s description of what Christmas is in New York is a nice backdrop while imagining what it’s like to spend christmas in a big, busy city.

Actually, there’s something for everyone here. If you want something a bit more fast paced, the brass inflected “Fa La La” would be to your liking. Those looking to dance off the season would also do well to listen to a bit of electronic dance music in the remix version of “A Christmas Song.” Or howbout the bonus string quartet version of the same track? Lovely! EC’s certainly spreading the Christmas cheer the right way. The light, acoustic flavored “Hey Santa” would have you thinking of Hawaiian tiki’s and maitai’s in no time. And a Christmas album won’t be complete without a song about that Jolly old gent in the red suit. And that’s exactly what EC did in “Santa If You Would” but with a gentle twist.

So this early, get with the holidays. And with a little help from Elizabeth Chan and all her original songs, it’s easy to get into the spirit of “Christmas In The City.”