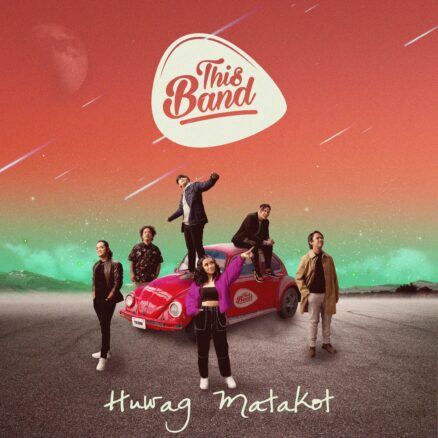 Huwag Matakot (Album)  — This Band
Popular OPM pop-rock group This Band premieres their debut album entitled “Huwag Matakot.” This is the much-awaited album from the group that brought a string of popular hits such as “Kahit Ayaw Mo Na,” “Di Na Babalik,” and “Hindi Na Nga.” In their latest album “Huwag Matakot,” This Band explores new sounds in their brand new songs. While their tracks “Kaya sorry Na,” “Di Susuko,” and “No Label” follow a more mellow ballad sound, “Bakit Ganon” has a synth-imbued pop-rock sound.
And just like “Sinungaling Ka,” the prelude single for the album, This Band is found rocking a bit more than usual in “Aalis Ka Rin” and “Huwag Matakot.” As far as themes go for most of their tracks, This Band is still sticking to what they write and sing about best — songs about love and heartbreak. Meanwhile, “Huwag Matakot” serves as some much-needed motivation to keep going through with life despite all its obstacles.
Please like & share: