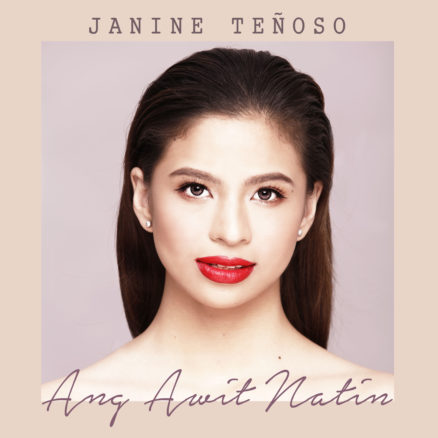 Janine Tenoso finally got her first ever mainstream hit when she sang the official theme song from the hit movie “Sid & Aya.” Her career turning version of “‘Di Na Muli,” a Philpop winning song written by Jazz Nicolas and Wally Acolola, still resonates long after the movie topped the tills at the cinemas.

So just to keep things fresh, the ‘theme song princess’ will be singing another key movie theme track with the equally brilliant “Ang Awit Natin.” Written by the same songwriting tandem of Nicolas-Acolola, Pinoys listening to “Ang Awit Natin” will feel a comfortable, almost familiar tug, and rightly so! As its roots dig deep into our collective Pinoy pop psyche as elements of Kundiman bubble and froth at the song’s surface. And what a joyous effect it brings to our ears.

At this point in 2018, it’s safe to say that one of OPM’s biggest breakout singers of the year is Janine Tenoso. And her singing this new Nicolas-Acolola tune is fast looking like a guaranteed hit!