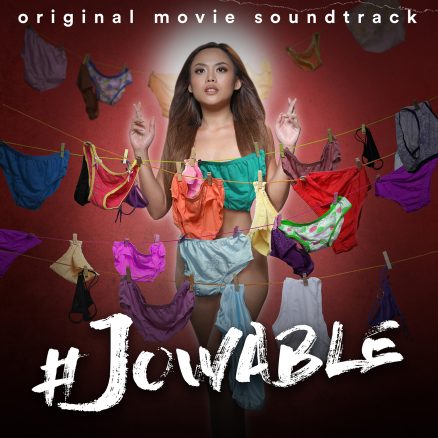 Kim Molina is known for her remarkable characters in television and theatre. This year, she embarks on yet another memorable role for the upcoming movie “Jowable,” the full-length movie version of the short film directed by Darryl Yap that went viral last year on social media.

“Jowable” follows the story of Elsa, the no-boyfriend-since-birth protagonist of the new comedy film released in cinemas this September 2019.

One of its theme songs is “Jowable,” an upbeat pop number sung by the lead herself, Kim Molina, where she gets to showcase her singing prowess. Meanwhile, its lyrics has the theme of the movie at its heart; that she is worthy of finding ‘the one.’ Molina also performs a reworked version of the Rey Valera classic “Maging Sino Ka Man.”

Also part of the movie is the track “Matutunan Din Nila ‘Kong Mahalin” by Yumi Lacsamana. Singer-songwriter and actress records this new mid-tempo ballad which she composed with songwriting partner Thyro Alfaro. As one of the theme songs for the upcoming movie Jowable, Yumi shares the sentiments with the premise of the movie as she sings about questioning one’s worth. Rounding off this mini collection is Manila-alternative rock band Fourplay whose song “Sayo” can be heard in the movie. All this is in the official sound track for “Jowable.”