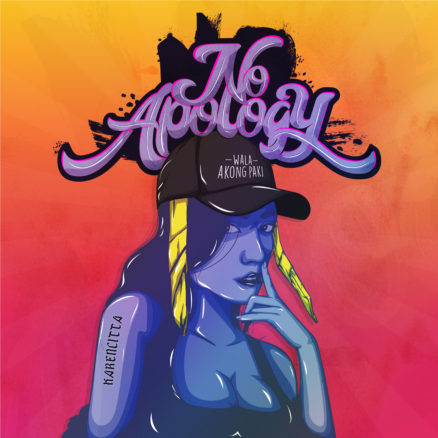 Karencitta is back with the much-awaited follow up to her hit single “Cebuana.” And it’s sounding like the talented dance artist sounds sharper than ever on her latest track entitled “No Apology (Wala Akong Paki).” With Los Angeles-based music producers at the helm, and with the trademark Cebuano-English lyrical mix of Karencitta dotting the edgy sentiments, the new track seems destined to make the same mark as “Cebuana.” But Karencitta is ever moving and would be the first one to agree that she’s not about copying the previous successes of her songs. Nonetheless “No Apology (Wala Akong Paki)” quickly makes a statement. Not just a dance track, it’s also the underlying credo to which this unique, and which every Filipino artist lives by.