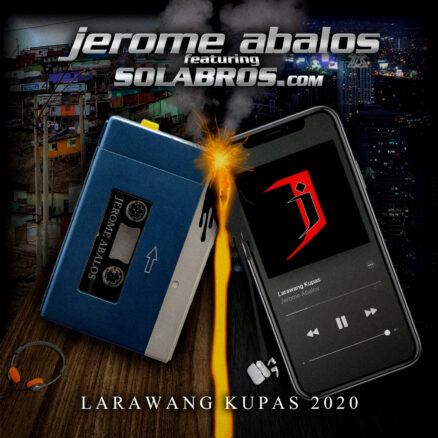 In celebration of its 20th year, the monster hit “Larawang Kupas” by Jerome Abalos has been remastered. Written by the late legendary composer Snaffu Rigor, the song has been given a new lease of life by the band SOLABROS.com with a new musical arrangement adding a new spin on the original masterpiece.
After 20 glorious years, the powerful voice of Jerome Abalos was showcased once again proving how the song stood against the test of time and how Jerome’s vocal delivery was still as powerful as it was 20 years ago.
Please like & share: