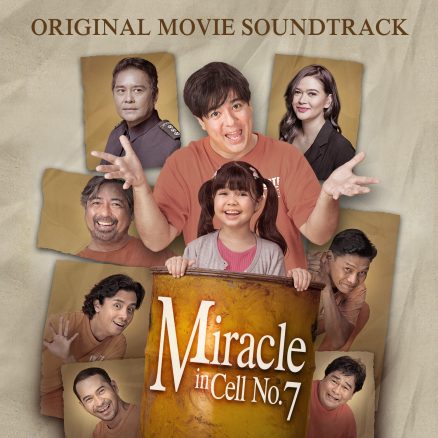 Miracle in Cell No.7 OST

While the much-awaited Filipino adaptation of the movie “Miracle In Cell No.7” is already making a buzz, its soundtrack will surely fire up the anticipation even more. This heavy drama family movie is assuredly accompanied by an OST that will cue in the raging emotions in the film.

One of its theme songs is the cover of a 90s song “Tag-araw” by OST Princess Janine Teñoso. She turns the alternative-rock track into a mellow acoustic number well-suited for the movie’s tone. Also included in the OST is a choral rendition of the classic “Payapang Daigdig” performed by Voces Aurorae Girls Choir. And what can even make us look forward to the movie, even more, is a track that truly encapsulates the movie’s premise. This is made through Katrina Velarde’s “Isang Himala,” a gripping ballad that asks for a miracle. “Miracle In Cell No.7” is a Filipino adaptation of the blockbuster Korean-original film. This movie, starring Aga Muhlach and Bela Padilla, is also an official entry for MMFF in cinemas this December.