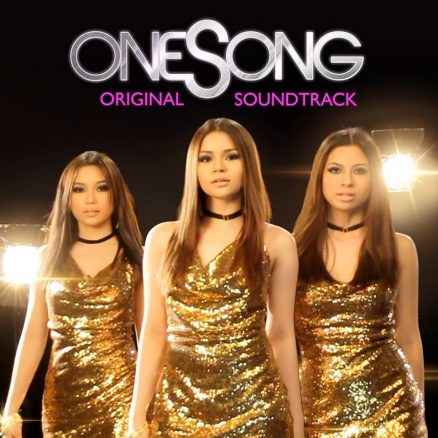 “One Song” is the exciting new musical drama series set for the Viva channel (Cignal TV) this 2018. The series will feature talented singer-actresses Aubrey Caraan, Janine Tenoso and Carlyn Ocampo. Those who have followed Manila’s P-pop movement the whole of 2017 would know these three singers as among the young movers of the pop music scene. Aubrey and Carlyn, of course, are two of the five members of electric all female sing and dance group the Pop Girls, while Janine operates as a strong and steady solo performer. Together, they are the leading stars of “One Song.” As the only musical drama series of its kind in the Philippines today, “One Song” will have its OST extension that will put the spotlight of the music featured on the show. This includes memorable reworkings of 90’s hits of Rivermaya such as “Himala” and After Image’s “Next In Line.” Also included are Pretty In Pink’s “Cool Ka Lang,” as performed as a trio by Carlyn, Janine and Aubrey’s characters in the show.  There are solo moments too. Aubrey gets to channel the Agot Isidro-gem “Sa Isip Ko,” while Carlyn has her moment with Rachelle Ann Go’s “Bakit.” Not to be outdone, Janine brings the house down with a definitive take on the Eraserhead classic “Huwag Mo Nang Itanong.” But ultimately, it’s all about singing as a trio as Janine, Aubrey, and Carlyn unite to sing “One Song.” Now, this is something to watch out for on Philippine TV this 2018.

Scan this code in your Spotify search tab for easy streaming!