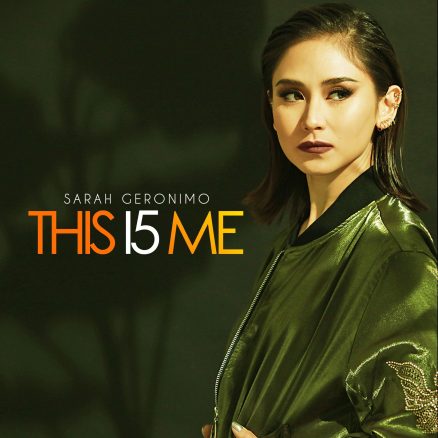 Sarah Geronimo — This 15 Me

Pinoy pop royalty Sarah Geronimo marks a milestone in her career with the release of her latest album entitled “This I5 Me.” The new record comes a day before the eve of Sarah Geronimo’s fifteenth year in Philippine music and entertainment.

The ten-track album collects songs of varying themes and sounds. While first single “Sandata” kept pace with the EDM flavor of her past hits “Tala,” “Ikot Ikot,” “Tayo” and such, two new releases from the new album, namely, “Duyan” and “Ganito” signal a new shift of sorts for the ever-evolving pop artist. “Ganito” is a return to acoustic pop balladry. While “Duyan” is a left turn into soulful, old-school sound of R&B.

The rest of “This I5 Me” is an excursion into the varied musical leanings of Sarah Geronimo. From the chilled out future bass/chill trap-tinged “Ganito,” and “Tagu-Taguan.” To post-lounge flavored “Feels Good,” and alt-hued pop balladry of “Hingang Malalim.” And back to basics catchy pop of “This Gotta Be Love.” Altogether, “This I5 Me” underpins what the Popstar Royalty can still do in pop. And that in itself is a comforting thought.