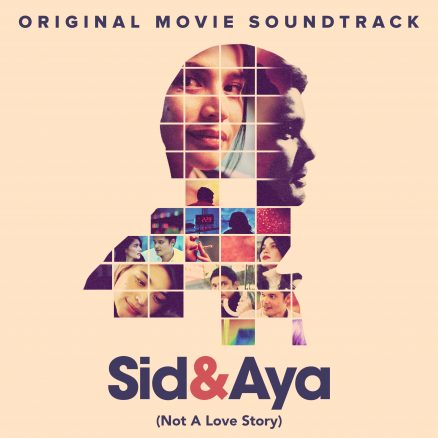 “Sid & Aya” is the indie-feels new movie which stars Anne Curtis and Dingdong Dantes. It’s also the wonderfully tuneful official soundtrack that includes some of the most tuneful one-offs that we’ve heard this 2018. Kicking off with “Di Na Muli” by singing powerhouse Janine Teñoso. Teñoso just keeps getting better and her take on the winning PhilPop song of 2016 is no different. Talented Janine is getting all the right songs, and just when we thought that she couldn’t top her last release wherein she took on the Eraserheads gem “Huwag Mo Nang Itanong,” now comes her masterful take on this newly minted classic.

Also scoring the right songs are the duo of Andrea Babierra and Jem Cubil who created quite a buzz with their first recording together in “The Morning After” from the movie “Meet Me In St. Gallen.” The duo is back in the movies and now they’ve just recorded a chilled out, downtempo tune entitled “Heartbeats.” Incidentally, this cosmic ballad is a song written by multi-awarded actress Alessandra De Rossi from “Kita Kita.”

As an add-on, included here is the original version of “Di Na Muli’ by the Itchyworms—the original tune that won the 2016 PhilPop songwriting contest.

“Sid & Aya” is directed by Irene Villamor and released under Viva Films.