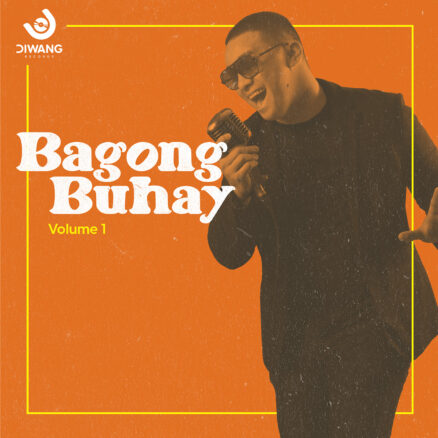 Ace songwriter and R&B pop music artist Thyro Alfaro is expanding his creative horizon as he releases his first ever solo EP titled “Bagong Buhay Volume 1.” The new release is a milestone in the career of the Awit-awarded and prize-winning singer-songwriter as “Bagong Buhay Volume 1” also marks the debut release of Thyro’s own Diwang Records label.

Thyro shares that “’Sariling Wika’ is about how sad it is that sometimes relationships die a natural death.” In the song, Thyro likens relationships as “speaking a language that you understand but refuse to listen to. Hence the lyrics that go “Ang nagpapaalam na puso ay may sariling wika, di na kailangan sabihin pa.”

Thyro is considered to be one of the most accomplished and prolific tunesmiths of his generation. And asked whether he’ll bring this skill on board Diwang Records, his answer is a resounding yes. “Definitely. I’m a songwriter by heart. So, I will write for sure.”

And finally, asked why he named his own label “Diwang,” Thyro, with a twinkle in his eye said, “We fondly call our daughter ‘Wiwang’ so “Diwang” is short for “Daddy ni Wiwang.” That, and as Thyro Alfaro puts it, “because Music is a Celebration.