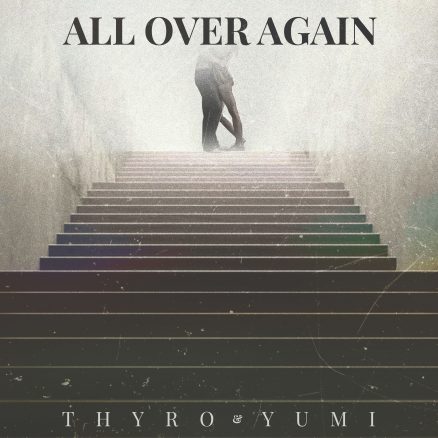 Thyro and Yumi — All Over Again

Award-winning singer-songwriters Thyro and Yumi have been working behind-the-scenes lately, composing songs for fellow artists. Their latest composition, “The Morning After” by Jem Cubil and Andrea Babierra, included in the soundtrack of the blockbuster movie “Meet Me In St. Gallen,” became a viral hit, topping Spotify’s viral charts.

Now, Thyro and Yumi step in the spotlight as they release a new song “All Over Again.” This radically fetching and sultry R&B track is written, of course, by themselves, along with X Factor Philippines contender Jeric Medina. The last time these three worked together, their composition “Triangulo” won songwriting competition, PhilPop, back in 2015. So there’s no doubting “All Over Again” will be a great-sounding piece.