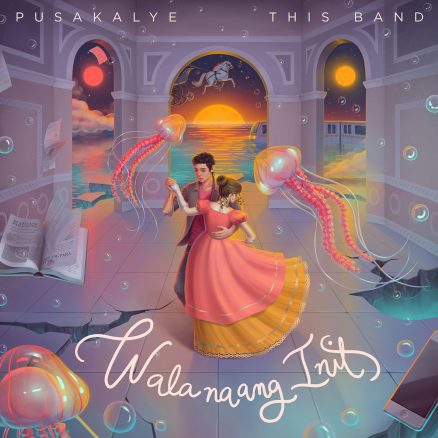 For the first time, This Band, the hot-streaking millennial group that’s taken 2019 figuratively by storm, has collaborated with a fellow band in Pusakalye in a new song entitled “Wala Na Ang Init.” This collaboration started on social media with both bands freely exchanging posts that their fans followed and hoped would end on with these bands recording a new original. And of course, that’s what happened with This Band x Pusakalye. “Wala Na Ang Init” is a unique song in which one band starts the song and the other finishes it. That’s how the members of both groups put it, but the resulting finished product is as solid a song could ever be. With Pusakalye’s vocalist Oli Tayo kicking off this mid-tempo pop rock number’s ‘hugot’ feels and This Band’s Andrea Manzano picking it up on the second stanzas. By the latter part, the two singers are trading sonic punches so to speak. And we’re betting listeners would love being in between this sonic tussle. “Wala Na Ang Init” is written by Lester Binoya and Michelle Saubon with arrangement credits from Jelzon Reyes, Euwie Von Loria, Pusakalye and This Band.