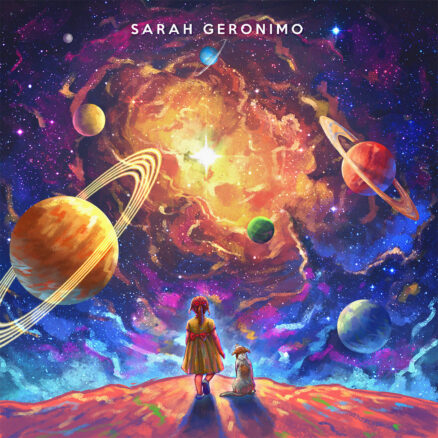 When Viva Records announced that the special music album project “Rico Blanco Songbook” was going to feature select Viva Records artists and other A-listers, speculation was rife that the label’s number one artist would get on board with said project. But it wasn’t until Sarah Geronimo’s version of Rico Blanco’s solo breakout hit “Your Universe” was heard that the dream of finally hearing the Popstar Royalty sing and record a Rico Blanco song became a reality. After all, Sarah G doesn’t just sing any song. And we’re guessing that “Your Universe” came at the right time that its theme resonated all the more with SG. The resulting record is a sublime performance from Sarah Geronimo who ever so slightly nudged her own style to veer away from Blanco’s original, but at the same time still managed to give a nod to what made this song great in the first place. Sonically, this version of “Your Universe” has been tweaked to fit SG’s modern pop style by giving it an dominantly electro arrangement with synth hues with an overt Trap beat. Which leads us back to Sarah Geronimo singing a signature Rico Blanco song.
“Your Universe” is just one of the songs included in one of the most exciting music releases of the year in the “Rico Blanco Songbook” — a salute to the iconic songwriting style of the former Rivermaya leader-turned solo artist. December Avenue, Ebe Dancel, and a host of exciting artists are set to cover some of the biggest tunes in the “Rico Blanco Songbook” released by Viva Records and one of the flagship expansion projects of Viva Music Publishing, Inc.
Please like & share: