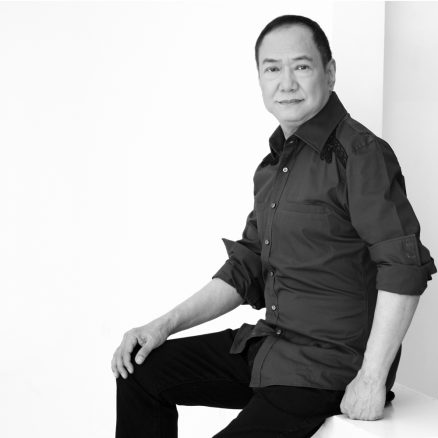 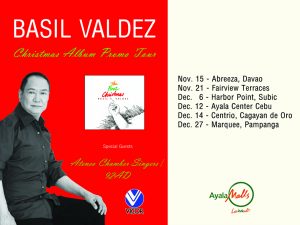 As one of the most respected song interpreters in our country, Basil S. Valdez is indeed up there with the greatest of OPM singers. Over the course of his long career he has steadily established a body of work in original Filipino pop music that will always be respected by his peers and co-artists alike and of course, the multitude of admirers that has grown to love the sound of his music and his voice. He is indeed a one-of-a-kind singer, amazing in every way.
This time, he returns to spread merry cheers this holiday season as he sings the classic and well-loved carols from his brand new album, “The First Christmas” released by Vicor Music.
Catch him in his Ayala Christmas Tour on these dates:
November 15 Ayala Abreeza, Davao
November 21 Ayala Terraces, Fairview
December 6 Harbour Point, Subic
December 12 Ayala Center, Cebu
December 14 Ayala Centrio, Cagayan de Oro
December 27 Marquee Mall, Pampanga
“The First Christmas” is available on record stores and on  iTunes.
Please like & share: