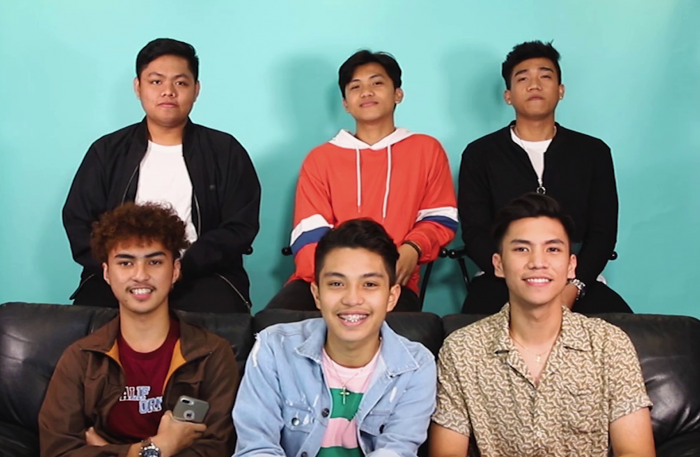 Christmas is just in a few weeks and we’re ready to welcome the season with music. Starting off with “Alas Dose” by Cup Of Joe which just entered Spotify’s Viral 50 Charts. This young band from Baguio, which includes guitarist CJ Fernandez, pianist Xen Gareza, lead guitarist  Gab Fernandez, vocalist Gian Bernardino, bassist Seve Severino and vocalist/acoustic guitarist Raphael Ridao, serenades us with a catchy love-themed pop song that speaks of how one longs to spend the holidays with a special loved one. Cup of Joe is currently working on a music video for said song and expect to see it soon. This is Cup Of Joe’s first time in Spotify’s viral charts after signing with Viva Records earlier this year.

Solo singer-songwriter Jo.e has had a good 2019. Her song, “Sanay Naman Ako,” was included as one of the main theme songs in the upcoming movie, My Bakit List (which stars Louise Delos Reyes and Prince Stefan). She’s now released a holiday-themed ballad entitled “Keso De Bola” just to tie her year neatly in a bow.

New Viva Records signees Rouge and Jason Steele have their own singles but the two camps saw fit to collaborate and came up with an original song entitled “Spend This Christmas.” Expect to hear more from Filipino-American Jason Steele and, of course, from the all-girl band Rouge for 2020.

And then there’s Cholo Dela Cruz and Nicole Omillo. Host-singer and former MTV VJ Cholo Dela Cruz, spent most of 2019 honing his DJ and hosting skills; but he did not let the year end without releasing new music. Here, he found singer-actress Nicole Omillo and collaborated on a brand new original ballad entitled “Pasko’y Pwedeng Balikan.”

Listen to their songs on YouTube, Spotify, and other digital music platforms.

Also check out Viva Records’ songs curated for the yuletide season all compiled into a single playlist featuring tracks from Sarah Geronimo, Donnalyn Bartolome, Acapellago, and many more!