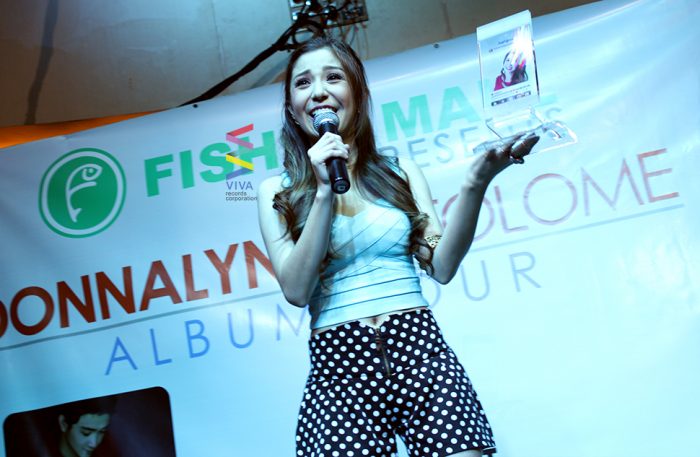 The long running musical variety show acknowledged Donnalyn Bartolome’s considerable fame as a social media celebrity when they gave the “Kakaibabe” singer one of the viewer’s choice plums. This recognition is part of ASAP’s annual appreciation of personalities from the field of entertainment.

Donnalyn is part of a growing wave of new entertainers who have had their start at the popular video sharing site. The singer admitted that at the start, “posting videos on YouTube was just a hobby .”

“Only after I saw how many views my videos got that I realized that people must enjoy my posts as much as I was making them,” said the newly-minted recording artist.

From Gwiyomi to pouring her heart out in front of a camera in her bedroom, Donnalyn amassed several million views that eventually translated to a solid circle of loyal followers on her various social media accounts. One of her official Twitter accounts so far has a quarter of a million followers.

Donnalyn has since been launched as a rapper-singer by Flipmusic records, collaborating with producer Bojam De Belen, songwriter Thyro Alfaro and Fliptop rap battle champ Shehyee.  ASAP meanwhile, saw Donnalyn’s potential to crossover on TV and has so far been helpful to the young artist, launching Donnalyn’s self-titled debut on their show last September 21 of this year.

To see more of ASAP’s “Pop YouTube Sensation” awardee, catch her on live mall tour this December 5 (Friday) at Lucky China Town, and on Saturday, December 6 at SM Roasio.