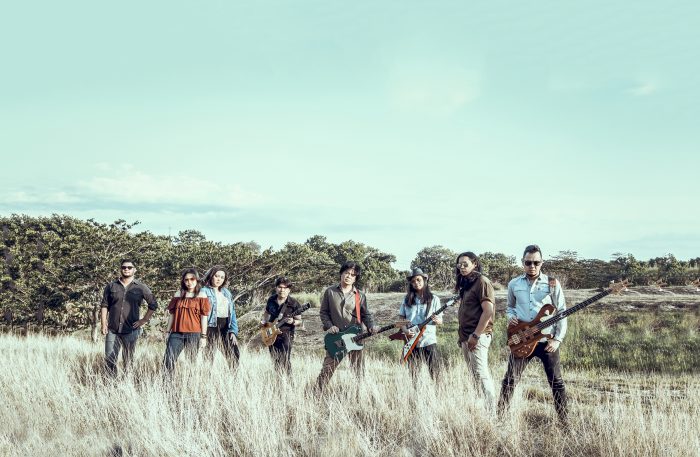 Hey Moonshine is an eight-piece southern blues rock and roll band that was signed under Viva Records last October 2019. The members are all professionals as the group is composed of a lawyer, a medical doctor, two engineers, a journalist, a chef, a teacher, and a graphic artist.  Their music is a combination of Southern Rock, Blues, and Rock and Roll. They incorporate a harmonica, two female backup vocals and three guitars in their tunes, giving their music a heavy, yet soulful and gospel feel. They sing songs about peace, love and environmental harmony.

We’ll Break This War was written in response to growing global panic due to various threats by militant countries.  While most people were feeling the sense of helplessness and defenselessness, Hey Moonshine sought to assure the world that peace and harmony can be achieved through unity.  Hence, the recurring phrase in the song “Together, we’ll break this war”.

Hey Moonshine released a new version of the song specifically for their upcoming music video which features a new mix and mastering, additional female back-up vocals, and an extended harmonica solo.

We’ll Break this War’s music video was directed by talented and award-winning directors including Arvin Belarmino and Sigfreid Barros Sanchez. Arvin “Kadiboy” Belarmino, a multi-awarded and internationally acclaimed independent film director. He also directed Typecast’s “Against The Ropes” which was nominated as Best Music Video in Myx Music Awards 2018. Meanwhile, the Assistant Director, Sigfreid Barros Sanchez, is also behind outstanding music videos of prime OPM bands in the early aughts.