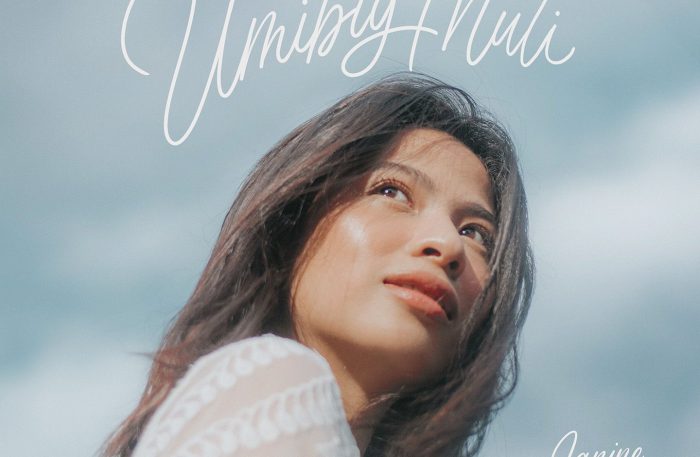 Janine Teñoso had her breakthrough moment after she sang the movie theme song,“’Di Na Muli,” for the Anne Curtis and Dingdong Dantes starrer, “Sid & Aya: Not A Love Story.” Since then, Janine also served as the voice behind countless of movie soundtracks including “241,” for 100 Tula Para Kay Stella, “Ulan” for the Nadine Lustre starrer “Ulan,” and her latest song, “Tag-araw,” for the MMFF box-office hit, “Miracle In Cell No. 7.”

While she’s known for her song covers, Janine actually debuted with a self-penned composition entitled “Fall” released in 2017. And after three years of waiting, Janine Teñoso is ready to share her original music once again in her latest single “Umibig Muli.”

The idea behind her newest track came after her friend and co-writer, Pauline Lauron, invited Janine to complete one of her unfinished songs. The course of the songwriting process was not an easy feat though. It took almost a year for the song to reach its completion. Janine stayed in her room reading romantic novels while she finished writing the song for a month. And with the help of her producer and arranger, South Border’s Jay Durias, “Umibig Muli” finally came to life.

Janine Teñoso will also hold a single launch for “Umibig Muli” this coming January 9 at Jess & Pat’s. She will be joined by The Juans, John Roa, Raphiel Shannon, Sofia Romualdez, and Bea Lorenzo.

“Umibig Muli” will be available on all digital streaming platforms this January 10, Friday.