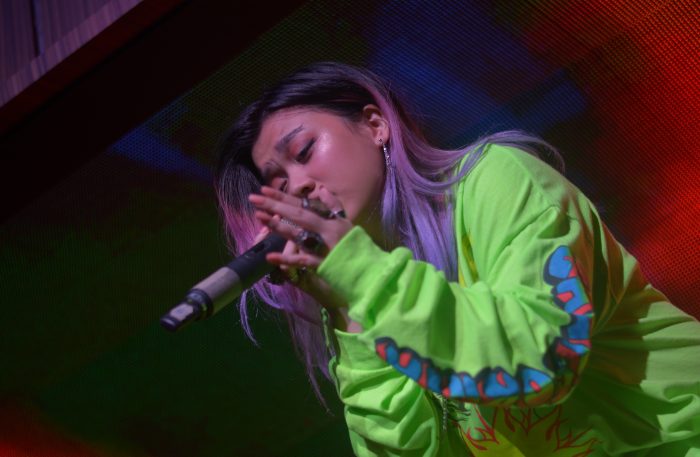 At first glance, Mikee Misalucha’s surname might ring a bell. And this is because she shares the same name as Lani Misalucha. Yes, she is the granddaughter of Asia’s Nightingale. Although she bears a familiar name coming into this industry, Mikee refuses to ride on the coattail of her famous relative.  Instead, she aspires to make a name for herself by doing things her way.

Mikee Misalucha launches the music video of her debut single under Viva Records entitled “Unlove You.” The single was released late last year on all streaming platforms. She now finally unveils the music video for the said song at the Revel at the Palace.

Staying true to doing things her way, Mikee Misalucha’s music video launch is different in that she keeps it tight and focused. It’s just Mikee and a DJ who’s going to play a set of mixed versions of her tracks.

Mikee Misalucha took up Music Production at the College of St. Benilde. It was here that she honed her skills. Her genre includes a wide range but everything she does, she infuses with pop — R&B, Hip-hop, urban-flavored sounds, and even alternative music. The result is a refreshing new sound that can be heard in her latest single “Unlove You.” In this pop R&B track, Mikee talks about learning how to unlove a person she still has feelings for. This story, drawn from her own experience, is in the narrative of the music video.

The music video “Unlove You” will also be out on the Viva Records YouTube channel soon!

For the meantime, you can stream her song “Unlove You” here: