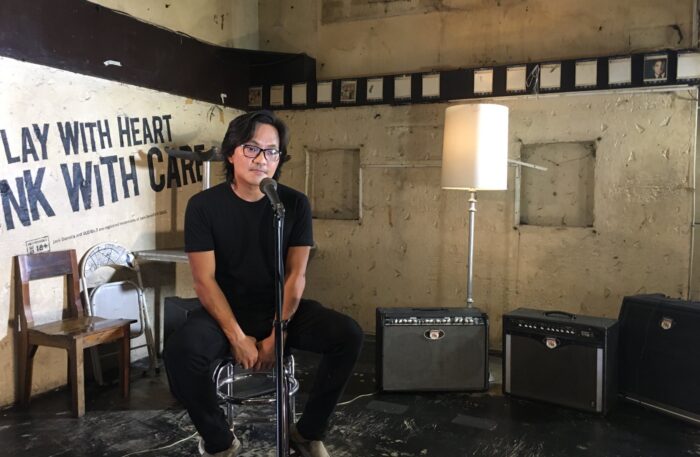 Last October 9, Ebe Dancel revealed his rendition of “Wag Mong Aminin” as part of the “Rico Blanco Songbook.” For this project, Ebe not only pays tribute to his good friend Rico Blanco but he also honors a place he calls home.

The wistful alternative-pop ballad is a heartfelt track about parting. It could be assumed that it’s about love and for any kind of relationship. But for the music video of Ebe Dancel’s reimagined version of “Wag Mong Aminin,” it’s parting ways with the esteemed music venue, Route 196. 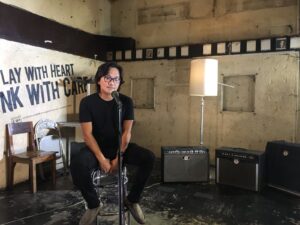 The music video, directed by Nolan Bernardino, is an emotional send-off for the place that the local music scene holds special. In “Wag Mong Aminin,” we see Ebe Dancel as he strolls around the now empty bar that was once packed with live music and gig goers. It also includes old video clips of bands such as Ben & Ben, December Avenue, Mayonnaise, Sandwich, UDD, and more. For some of them, it even shows their humble beginnings. While it looks back on the venue’s good memories, the music video also gives us a last glimpse of Route 196.

For 15 years, Route 196 served as a home for musicians and music enthusiasts alike. Even though its doors have closed, Route 196 will forever be remembered as a place that championed the lively OPM scene we have now.

“Wag Mong Aminin” by Ebe Dancel is OUT NOW on Spotify, Apple Music, and other digital streaming platforms!