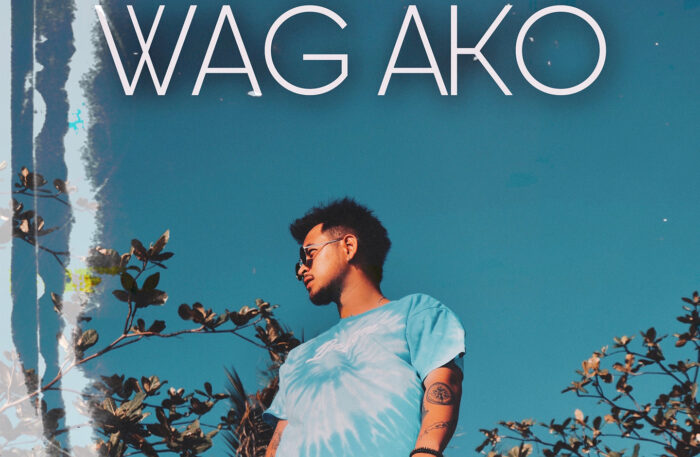 Listen to new tracks from Karencitta, Geo Ong, Juan Caoile, and more! Refresh your playlist and add these new tracks from your favorite Viva Records artists! Jam to the latest hip-hop tracks  “Michael Jordan Era” by Karencitta, “‘Wag Ako” by Geo Ong, and “Boses Mo” by Marikit hit-maker Juan Caoile! Dance along to Zeyonce’s “Labo Mo” and sing along to “Sinungaling” by Madz of PPop Generation, and “Circles” by Nikki Bagaporo! 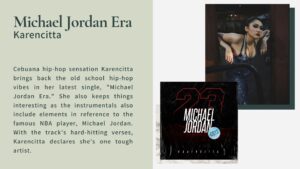 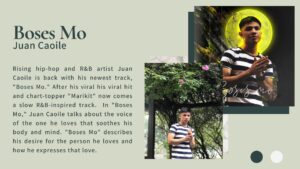 Rising hip-hop and R&B artist Juan Caoile is back with his newest track, “Boses Mo.” After his viral his viral hit and chart-topper “Marikit” now comes a slow R&B-inspired track.  In “Boses Mo,” Juan Caoile talks about the voice of the one he loves that soothes his body and mind. “Boses Mo” describes his desire for the person he loves and how he expresses that love. 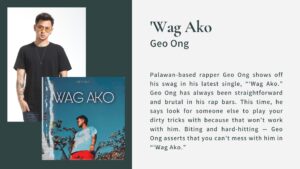 Palawan-based rapper Geo Ong shows off his swag in his latest single, “‘Wag Ako.” Geo Ong has always been straightforward and brutal in his rap bars. This time he says, look for someone else to play your dirty tricks with because that won’t work on him. Biting and hard-hitting — Geo Ong asserts that you can’t mess with him in “‘Wag Ako.”

“Sinungaling” by Madz of PPop Generation 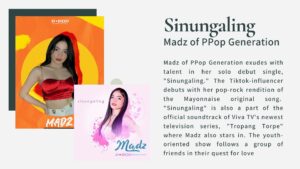 Madz of PPop Generation exudes with talent in her solo debut single, “Sinungaling.” The Tiktok-influencer debuts with her pop-rock rendition of the Mayonnaise original song.  “Sinungaling” is also a part of the official soundtrack of Viva TV’s newest television series, “Tropang Torpe” where Madz also stars in.

The youth-oriented show follows a group of friends in their quest for love. 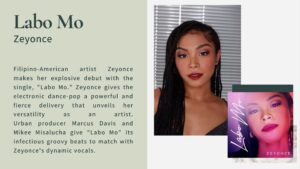 Filipino-American artist Zeyonce makes her explosive debut with the single, “Labo Mo.” Zeyonce gives the electronic dance-pop a powerful and fierce delivery that unveils her versatility as an artist. Urban producer Marcus Davis and Mikee Misalucha give “Labo Mo” its infectious groovy beats to match with Zeyonce’s dynamic vocals. 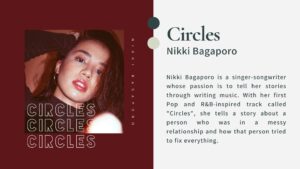 Nikki Bagaporo is a singer-songwriter whose passion is to tell her stories through writing music. With her first Pop and R&B-inspired track called “Circles”, she tells a story about a person who was in a messy relationship and how that person tried to fix everything.