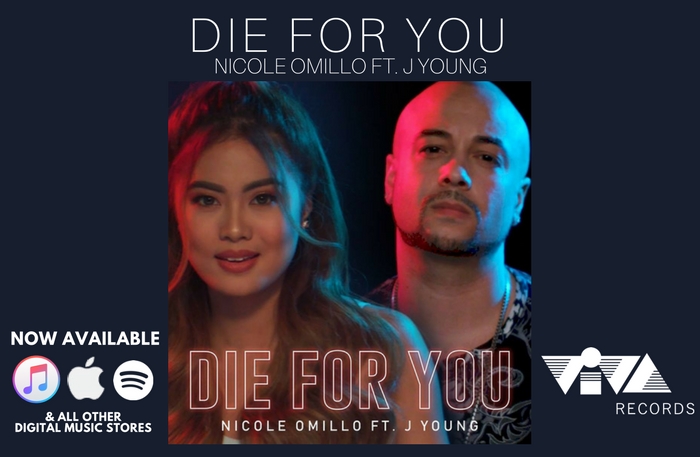 Nicole Omillo’s career gained traction after her contributions in the official soundtrack of the Viva Films movie “Mr. And Mrs. Cruz.” Now, her latest single “Die For You” has her collaborating with international artist J Young.

While Nicole has been taking it easy on her previous releases with some really catchy ballads, the power behind the voice of this young and talented songstress is finally let out of the gate in this modern, made for Top 40 track.

She amazes and stuns in this electronic-sounding track about the willingness to do anything and everything for the sake of love.Written and produced by XOXO Entertainment’s Adam Hurstfield and Elise Estrada, with some lyrical tinkering from Thyro Alfaro, “Die For You” featuring Canadian pop/rap artist J Young, is the perfect coming out single for Nicole Omillo’s burgeoning pop career!

Listen to “Die For You” now on: