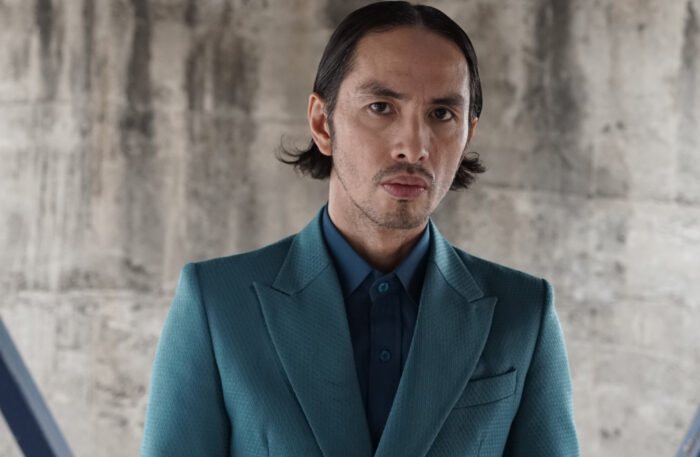 Rocker, singer-songwriter and solo music artist Rico Blanco has earned his place in the pantheon of great Pinoy songwriters in the history of original Pinoy pop music. The music he created with Rivermaya and his eventual solo years and the sheer number of songs he wrote and recorded at least assures him the recognition as one of the most prolific creatives in the country.

It’s an entirely different matter to talk about the influence he’s had on listeners of Pinoy Pop. There’s no metric to measure that exactly but ask any music-loving Pinoy from his generation and those that followed to name a Rico Blanco song and they will surely name at least one or two. Maybe even three. Heck a handful!

Now there are a lot of songs. Even the man himself said that he has enough songs to make three musicals. But here’s the Top Ten Rico Blanco songs that we are sure will make an appearance on anybody’s own listing.

When we think of Rivermaya we immediately think of the early ’90s when they broke into the heydays of that era’s band scene. And almost immediately we think of the band’s early radio hits. “Hinahanap Hanap Kita” certainly fits that description. So much so that when we write down the lyrics “Sa umaga’t sa gabi…” your brain will automatically fill in the rest. It’s the inherent catchiness of this song that set the path for a generation of Rico Blanco listeners on their way to a 25-year plus music journey with the man. And it started with a song.

Still on Blanco’s days with his former band, “241” was an all dramatic number that put RB’s music influence on display; traces of David Bowie, The Beatles, and New Wave which he rolled into something familiar, not too derivative but entirely his. After this song, Rico would easily pivot into his latter solo songs and his listeners would instantly know that it’s him.

When we think of solo Rico Blanco, this song immediately comes to mind. And if there ever was an epic song to kick off a solo career for a former band leader of an iconic band, then “Yugto” would be it. From the Indian scale and the sitar-esque riff that opens the song, to the charging cadence that it eventually settled into, this is the first single that Rico Blanco established his solo career. Sort of like the rock that the church was built on. And a lot of listeners certainly ‘communed’ on proverbial church and it Rico Blanco at the pulpit.

“A Love To Share” is one of the more emo songs that Blanco wrote. The lyrics ‘nobody cares nobody here needs me’ is a downer of a lyric for sure and loners and misfits probably related to it the most. But the melody of the song is a complete contrast to the content. It’s pretty but then there’s that hypnotic undercurrent. It’s always the buoyant melody that reels you in first and then the moping begins. Chalk another one up for Rico the songwriter.

“Lipat Bahay” is one of the deep cuts that’s included in Blanco’s “Galaktik Fiestamatik” album. But it’s also one of the powerful songs from the selection. With its minimalist production, “Lipat Bahay” stood mainly on the beauty of its simplicity.

Released in 2015 from RB’s “Dating Gawi” album, “Wag Mong Aminin” was a throwback to sorts of the type of melodies that listeners were so used to from Rivermaya. It certainly has that distinct sound, but It’s just that listeners have gotten used to Rico Blanco’s sound that the sound of his band past and solo years just seems to melt into one another unto a greater whole. Which is probably how he planned it to be.  Still “Wag Mong Aminin” was easily a memorable one from RB.

A frontman as enigmatic and magnetic as Bamboo leaving a band would have spelled the doom for Rivemaya. But not under Rico Blanco’s watch. The latter taking over frontman duties from the former was as natural as the view of the Sun sets majestically on Manila bay. The transition was seamless and Blanco’s assimilation as lead singer was spot on. Why won’t it? When you’ve got a modern rock song like  “Umaaraw, Umuulan” to catch you from under? The song has since become a classic song and one of the signature songs from a band that’s just getting (re) started.

When it comes to career pivots, Rico Blanco has had a few. But never as memorable as the one he did when he transformed from Rico Blanco, former Rivermaya lead singer, to Rico Blanco, the music artist. A masterful move he did when he adopted his ‘Fiesto Bandido’ alter-ego. He was then free to reinvent himself as a creative outside the usual confines of ‘musician.’ With “Amats,” from the album “Galaktik Fiestamatick’–he then took his listeners to a fun ride to hitherto unexplored avenues of electro and industrial rock music and make believe. Fun.

Rivermaya went a rung higher to household name status around the time “Liwanag Sa Dilim” came around. It was significant because the song signaled a rocking revival for a band who’s just settled unto a more stable lineup. But more than the lithe rock unit that Rivermaya had become, “Liwanag Sa Dilim” had a timely, hopeful message in the dismal years of the (Macapagal-Arroyo) decade. It was an anthemic rock song that we all want to play during dark days to give us hope. And its message rings true still in the current days of the Covid-19 pandemic.

Rico Blanco had always been the chief creative force that drove Rivermaya on. But Blanco’s re-introduction as a solo artist-cum-prolific songwriter and mature creative was put to the fore when he released his first solo album. “Your Universe” has the distinction of not only being a career cornerstone for Rico Blanco, but as a then reminder, that though he has parted ways with one of the most beloved career bands in the Philippine music history, the songs will continue and is in good hands. As the music has always been with Rico Blanco.