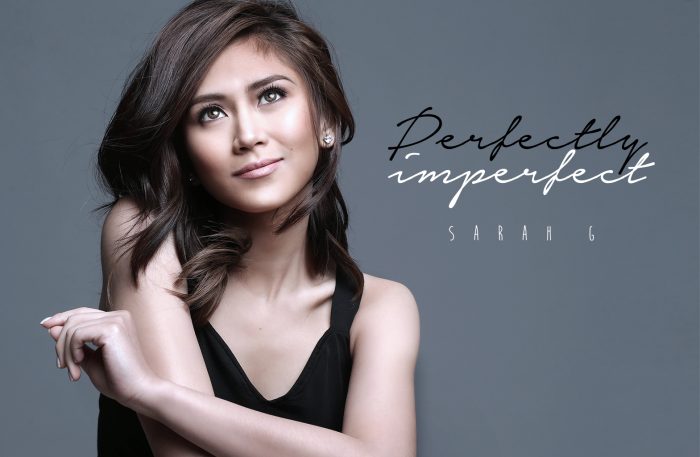 Sarah G Gears Up For The Perfectly Imperfect Mall Tour

Change is sounding so good, at least as far as Sarah Geronimo’s new album is concerned.

The album’s carrier track is the instantly identifiable R&B pop number “Kilometro.” The single has quickly become a favorite among Sarah’s fans and pop music afficionados. Now more people can enjoy this song, and the rest of SG’s new songs as she embarks on a tour of the Ayala malls to promote her new set.

The Popstar Princess will start her tour this October, kicking off with a launch at the fresh looking Ayala Fairview Terrraces on Saturday, October 4. This will be followed on October 10 and 11 at Market-Market mall in Taguig and in Harbour Point in Subic respectively. Then SG’s off to Ayala Mall Cebu (October 18) and picks it up again on Centrio Mall in Cagayan De Oro (October 25). She then caps off her tour with a proper send of in Marquee Mall in Pampanga on Halloween day 2015. All shows start at 6 pm.

The “Perfectly Imperfect” CD will be available on all shows and purchase of it entitles buyers a chance to see SG up close. Check your local Ayala Mall for their qualifiers for a chance at those limited seats. So run to your nearest Ayala mall and get your new Sarah Geronimo album now.