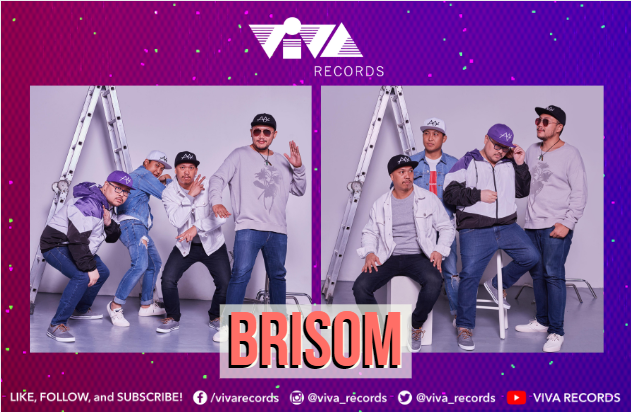 Some More for Brisom — Few New Tricks Up Their Sleeve

Good tidings for Brisom in the coming days. Just after releasing their newest single “Hagkan”, comes another big project for the electro-indie-rock group. Formed in 2013, Brisom is composed of Brian Sombero on vocals, guitars and synths, Timothy Abbott on synths, beats, and programming, Jason Rondero on bass, and Jeffrey Castro on drums and samplers.

Known for their unique flair for 80s inspired synth music, the band is currently in the works with actress Rhian Ramos for a new single leaning towards that kind of sound. Now, working with international music producer Jason Lent, the actress has reportedly recorded two songs with Brisom already.

Finally making music 😊 took me forever to get the courage to, but when you have such kind talented people with you, how can you not work up a little confidence =P two down, another two in the works before ✈ . Thank you for sharing yourselves @jasonlent @brisom 🙏🏽

This isn’t the first time Brisom was paired with a woman of such talent for a record. In February 2015, the band released a single entitled “Bigkas” with Lovi Poe. Brian Sombero mentioned that they chose Poe for the track after hearing her live in a bar in Taguig and was left with no choice but to pursue the actress to sing with them. Recently, they were given a chance to relive this track through an unexpected performance on a TV show where Lovi Poe was present. Brisom even teased on a Facebook post that they’ll be working on a new single with her soon by captioning with “Miss singing Bigkas with you. Can’t wait to work on your track soon!”

With their recently released single “Hagkan” entering the Pinoy Myx Countdown just a week after its release, and upcoming collaborations with Rhian Ramos and Lovi Poe, there’s no doubt that this band’s got a busy and bright future ahead of them.