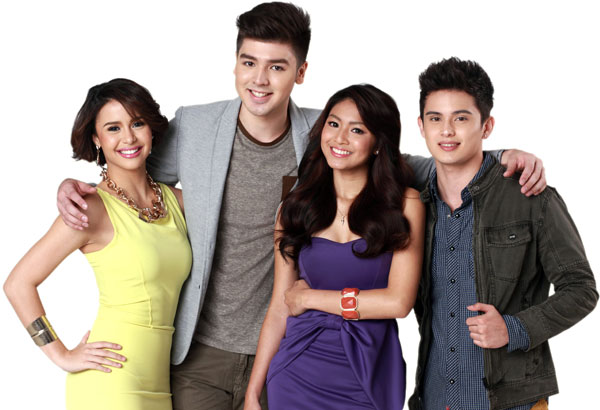 According to sources at Wattpad.com (considered the YouTube for writers) where it was first published in 2011, Diary Ng Panget by HaveYouSeenThisGirl (a pen name) ranks No. 4 with 15.2 million reads among the Top Five Most-Read Filipino Stories, attracting more followers every day.

Now a movie (as a follow-up to Bob Ong’s ABNKKBSNPLAko!, an easy-to-read recollection of school life, still showing nationwide) also by Viva Films, Panget could earn hundreds of millions at the tills even if only one half or one third of its online readers will troop to moviehouses (kindly do the computation yourselves).

As I did Bob Ong’s book, I read the three volumes of Panget in three sittings (during bedtime actually), finishing each volume before drifting to slumberland a little after midnight; feeling light and easy, bright and breezy, which is the effect the writer (I’m sure) intended to be.

It was June Torrejon-Rufino, Viva’s SVP/EO for Film & TV, who gave me the books (since then briskly passed from hand to hand among mostly teen readers who are the target market) middle of last year when she happily announced that Viva has secured the movie rights to the books.

It helps that Panget is written in diary form so it makes you feel as if you’re eavesdropping on the stirrings of a girl’s heart and witnessing first-hand the workings of her mind (very imaginative, creative, innovative!). The girl, Rhea “Eya” Rodriguez, is not really ugly but an ordinary-looking but hard-working girl with an extraordinary character, who earns a scholarship to topnotch Willford Academy while supporting herself by working part-time as assistant at her aunt’s restaurant. Great opportunities open for her when she’s hired as personal maid to the son (Chad Willford) of the academy’s multi-millionaire-businessman owner. That’s when Eya’s adventure starts. How she bags her Prince Charming (recall Cinderella finding her own) will make you cheer for Eya and wish that real life is as possible as a fairy tale.

Now, a bit about HaveYouSeenThisGirl. Introducing herself simply and only as Denny (no surname, please, to sustain the “mystery”), she came home in September last year to autograph copies of her book (a best-seller at National Bookstores) during the Manila International Book Fair, and went right back to Imola, Italy, where she studies. A native of San Pablo City, Denny, turning 20, went to Italy in 2010, petitioned by her mother who works there in a medical facility. Her father manages a resort in the Philippines.

In an interview, Denny said that she began writing out of boredom for the online forum for Candy magazine, never imagining that her story would become a hit. Denny described Panget to my inaanak Ruel de Vera in an interview, “Sobrang simple lang po, sobrang cliché, isang girl na mahirap na di kagandahan makaka-meet ng guy na suplado at mayaman. ‘Yun lang po,” clarifying that the story was not based on her life story.

Directed by Andoy Ranay from a screenplay by Mel del Rosario and set for showing on April 2, Diary Ng Panget The Movie should, hopefully, be faithful to the book, otherwise its millions of readers (this one included) might be disappointed. It’s touted to be this generation’s version of Bagets, the giant hit in the ’80s also produced by Viva Films (the springboard of Aga Muhlach, Herbert Bautista, William Martinez and company to stardom), and it better be good.

As I was saying, if only one half or even one third of the book’s followers would watch the movie, Diary Ng Panget could score an unprecedented record and, why not, set a new trend in local movies.