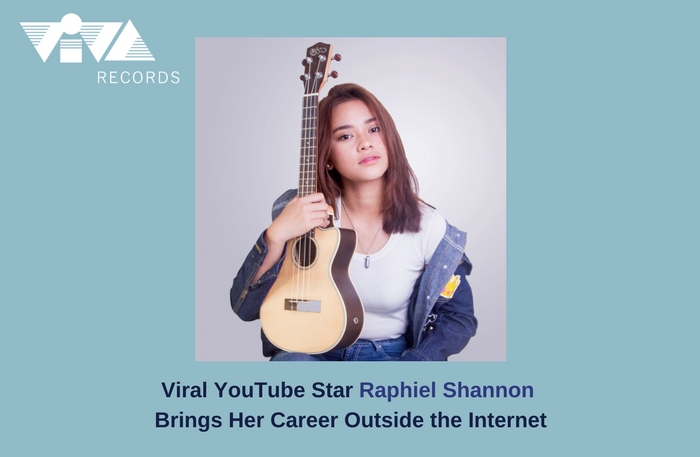 You might have heard of Raphiel Shannon or have seen her viral covers on the Internet. This young singer has gained a lot of traction on YouTube, getting over 1 million views for her song covers. And now it’s Raphiel’s time to shine outside the Internet.

She begins that step with “Kisapmata,” her first single under Viva Records. Raphiel takes this Rivermaya hit track and makes it her own. True enough, we’ve never heard the song this way before, and it’s nothing short of amazing. The incorporation of Raphiel’s soulful, angelic voice is perfect for this classic hit. So perfect, in fact, that this debut single ranked the highest at #4 for days on Spotify’s Philippines Viral 50!

How does a girl so young sing so well, you ask? Well, Raphiel has her experience to boot. She began actively joining singing competitions at the age of 7, trying her luck at reality TV shows “Anak Ko Yan!” and “The Voice Kids.” At the young age of 14, she began posting her song covers on YouTube, and immediately gained a huge number of views and subscriptions.

For now, Raphiel’s sticking to doing song covers and reviving classic hits, but soon enough, she’ll be trying her hand at songwriting, and we can’t wait to see how well she’ll do!

Driven by passion, Raphiel hopes to make an impact through her music. She shares, “I believe [I have] the capability to touch people’s hearts [and capture] their feelings through my music.” She also hopes to contribute to making OPM engaging, not only in the Philippines but also internationally.

Raphiel Shannon’s definitely something! Her successful debut as a singer almost assures us her career will blossom, as long as she keeps doing what she does best — singing.

You can listen to Raphiel Shannon’s single on Spotify, Apple Music, and all other digital music stores! Watch her exclusive videos on Viva Records’ YouTube Channel: http://bit.ly/vivarecordsYT