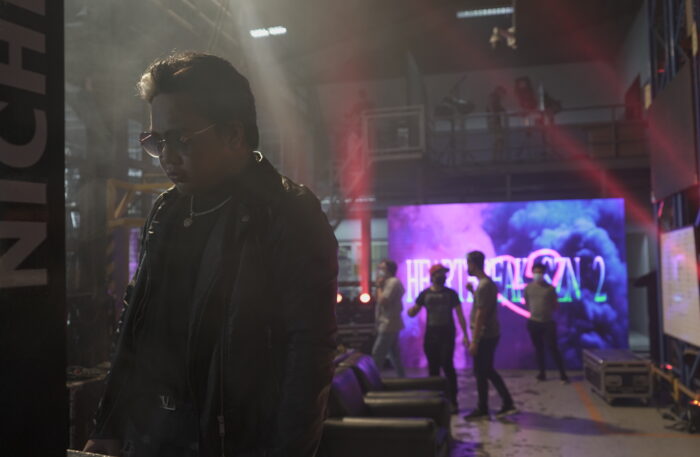 If you still can’t get enough from the hype of hip-hop sensation Because’s brand new album, “Heartbreak SZN 2,” then don’t miss out on his Online Album Release Concert. This will be happening this Saturday, December 19 at 11 P.M. on Because’s YouTube Channel.

Released last November 11, “Heartbreak SZN 2,” is the follow-up to his successful debut album. Two years have passed since his debut album “Heartbreak SZN” and in this newest season, we see Because’s growth from a promising rap artist to becoming one of the biggest hip-hop acts in the scene today. And this December 19, Because gives a one-of-a-kind online album launch concert featuring the tracks from “Heartbreak SZN 2.” The show, directed by Ryan Evangelista, will be held at Soundcheck Manila and will be aired on Because’s own YouTube Channel. Expect cool performances from Because with special appearances from hip-hop producer NEXXFRIDAY and rap artist Leslie.

It has only been over a month since “Heartbreak SZN 2” was released but it has already reached almost 6 million total all-time streams on Spotify and almost the same number of total views on YouTube and still growing. It might have taken some time before Because finished this much-anticipated album but “Heartbreak SZN 2” is definitely worth the wait, and as they say, one for the books.

“Heartbreak SZN 2” features some of his previously released tracks, “Silent Mode,” “ZOOM,” and “December” which all gave us a preview of what’s in store for his newest album. And just like the album, his most popular song so far also gets a sequel in “Marlboro Black 2.”  The new album also features exciting collaborations with fellow hip-hop artists Leslie for “BMW” and John Roa for “No Signal” and “Di Na Sana.” And in the hook filled banner track, “Pwede Bang Aysuin Natin To,” Because trades  R&B hooks, rap verses in a collaboration with Skusta Clee.

Because, the Online Album Release Concert is produced by Viva Live. “Heartbreak SZN 2” is released by Viva Records