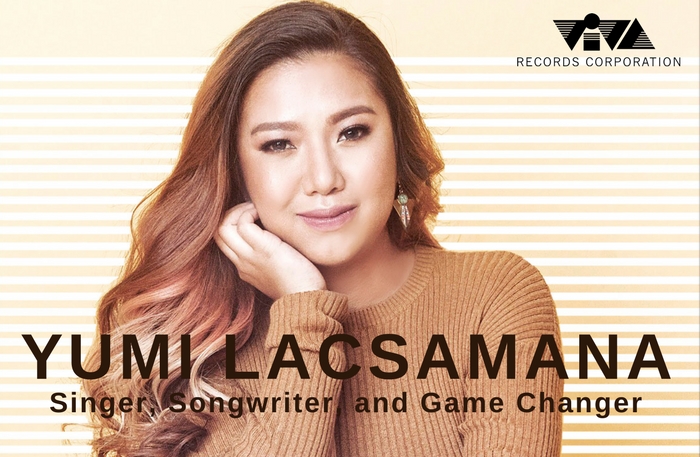 Yumi Lacsama has been a recognized name in the late OPM industry.

As a solo singer, she has to her credit a couple of fetching singles to her name. She is the voice behind “Dyosa”, one of the better tracks to have come from the “Diary Ng Panget” OST.

She is also one-half of the Thyro & Yumi musical duo who together, have released several memorable songs such as  the Phil Pop-winning song  “Triangulo”, “Tama O Mali”, “Kiss (Never Let Me Go)”, “Tandang-Tanda”, and their take on “Tag-ulan”, a soundtrack of the movie “Luck At First Sight.”

The Thyro and Yumi duo made waves anew for their composition for the “Meet Me In St. Gallen” movie, “The Morning After” performed by Jem Cubil and Andrea Babierra. The bubbly, romantic track consistently holds the number one spot on Spotify’s Philippines Viral 50 up to this day. That’s a new addition to the long list of great works by Yumi Lacsamana and Thyro Alfaro.

Yumi’s recent offering as a solo singer-songwriter is her modern and intricate-sounding pop track “Kayo” — now available on Spotify, iTunes, Apple Music, and all other digital music platforms.