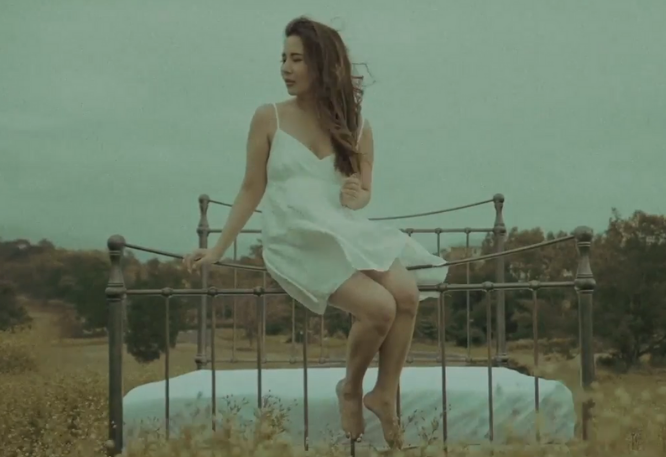 Marion Aunor is one of the most prolific singer-songwriter of her generation. Starting in the music industry as a multi-faceted pop music artist, Marion has since become a top caliber singer-songwriter. Marion is one of those special breeds of music artists who not only is an ace performer, but can also write their own music. But soon enough, she was also writing for other pop acts and since she signed with Viva Records, also came up with some unforgettable theme songs for popular movies such as “Akala” for The Day After Valentine (with more than 27 million streams), “Delikado” from “Just A Stranger” and the most recent, the song “Maganda Kahit Matanda” for the Sharon Cuneta-starrer “Revirginized.” All these and the handful of singles she’s released as a solo artist or on collaborations prove that Marion is indeed one of the most creative acts in Pinoy pop.

And now she’s ready to raise her game anew with Wild Dream Records – her own music label that she is going to lead from hereon.

“Having a record label is something I dreamt of pursuing way into the future,” Marion said, adding, “but then again the whole point of Wild Dream Records is to dream wild. So why not now?”

Marion also shared that “after being a recording artist, songwriter, and producer for both myself and other artists for the past 8 years, it felt like a natural next step for me.”

It’s not like she’s not ready to take on the responsibility. Marion took a master certificate course in songwriting from Berklee College of Music in Boston, became a Grammy/Recording Academy member, and joined a number of international songwriting conventions. All of this is in preparation for her next role as head of Wild Dreams Records.

“I felt like I ought to put my knowledge to good use and support other artists who share the same big dreams and passion for music as myself,” said Marion.

As for why call her label Wild Dream Records, Marion explains that “I’ve always been the type of person who would encourage others to pursue what they really want in life and do what truly makes them happy. Life is short. So we ought to make the most out of it.”

“I went through a lot of names though before ending up with Wild Dream Records. Then one day I saw my sister wearing a shirt that said “Wild Flower” but I figured Wild Dream resonated with me and my goal for the label more,” she shared.

For Wild Dream Records’ first release, Marion is keeping it close to heart. The first single from her label is titled “Kama” – written, recorded and produced by Marion.

“I am taking things one step at a time with my own music since being a co-founder/creative head is a new role for me. However, I do have some acts that I am planning to develop. At the same time I am also on the look out for artists/groups that will be a great fit for my vision for the label.”

Ultimately, the exciting prospect of visualizing and then making it a reality is what Wild Dream Records is going to give Marion.

“I think I’d be able to have more creative control over my music and how it’s packaged, released, and marketed. I have a great group of people working with me with a lot of fresh and innovative ideas so I’m excited to see what we come up with.”

“Also, the initial goals for the label would be to establish its place in the Philippine music industry, spread awareness of its existence, release some great music, and find artists who dare to dream wild,” Marion enthuses.

“Kama” by Marion Aunor, the first single on the Wild Dream Records label, is now on all streaming platforms, and was  released last September 8, 2021.